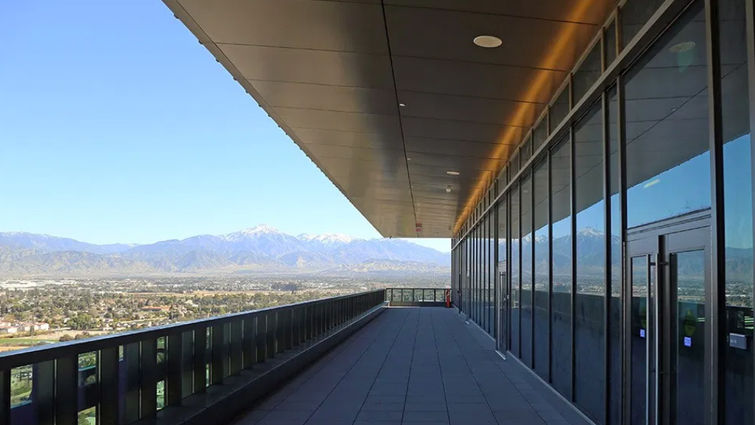 From the earliest days of the construction effort for the future Medical Center and Children’s Hospital towers, artist renderings of the building at night have depicted a horizontal band of light glowing from the adult tower’s 16th floor.

Workers in late January installed a number of LED light bars along the full length of the 16th-floor terrace area. As seen in the photo album below, the artist’s vision has been realized as the new facility nears completion. As the building is approached from the north, the glow from the 16th floor will be clearly seen from quite some distance.

The 16-story steel frame of the new Medical Center tower is the tallest building in San Bernardino County, and will be the tallest hospital facility in the State of California. Sharing a common pedestal of five stories, it is parallel to the new Children’s Hospital tower, which stands at nine stories tall. Combined, the two towers share approximately 25 thousand tons of steel.

Construction of the new facilities was announced in 2014 as a part of Vision 2020 – The Campaign for a Whole Tomorrow, the organization’s largest philanthropic endeavor in Loma Linda University Health’s 110-year history. The campaign has just announced a final total raised of $476,832,220. A Vision 2020 video report can be seen on streaming video. 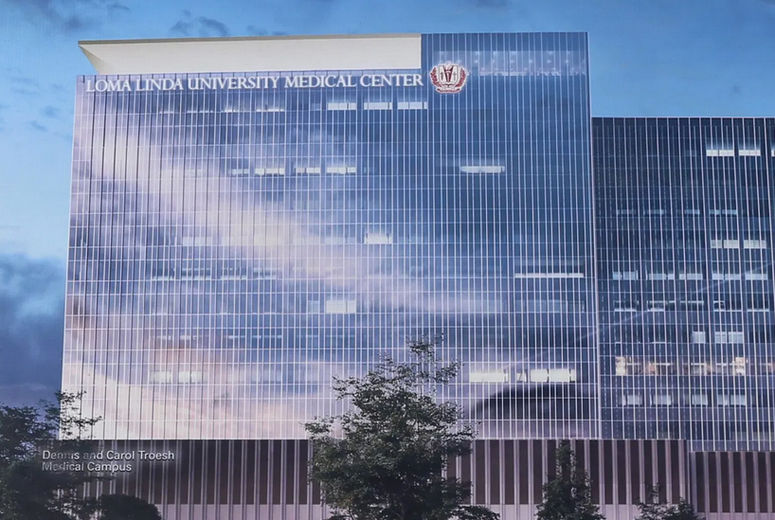 Artist renderings have shown a unique band of light glowing from the top of the adult hospital. 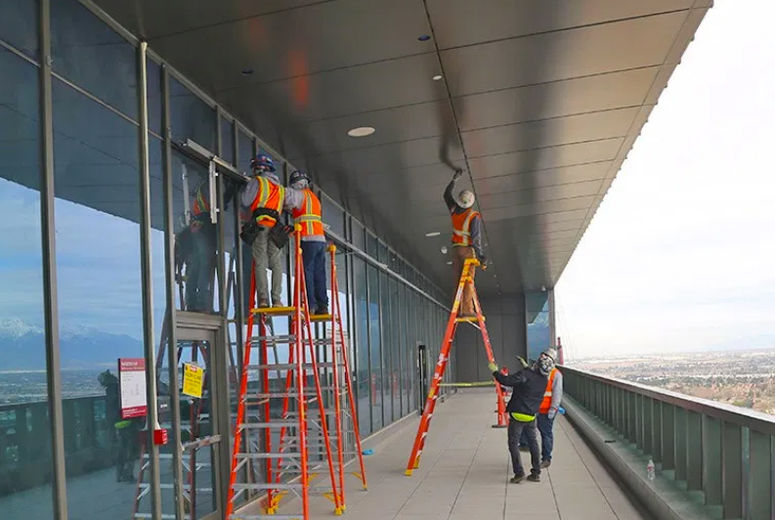 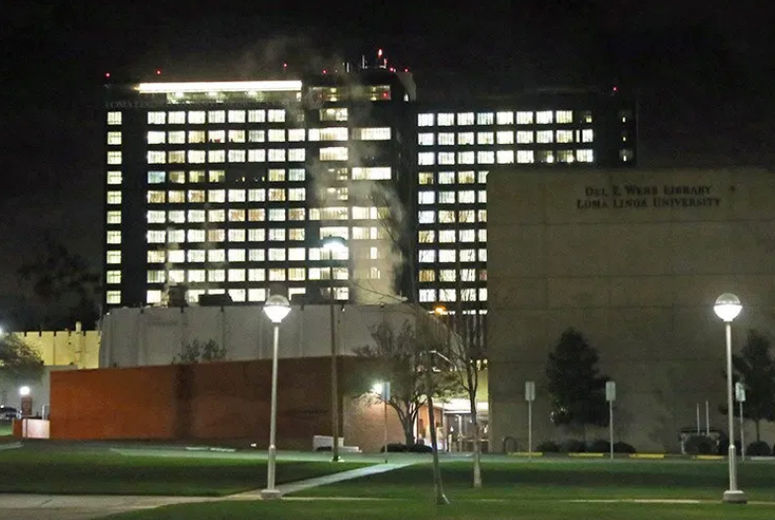 When the new hospital is approached from the north, the glowing band depicted in the artist renderings is now clearly seen. Vision becomes reality.