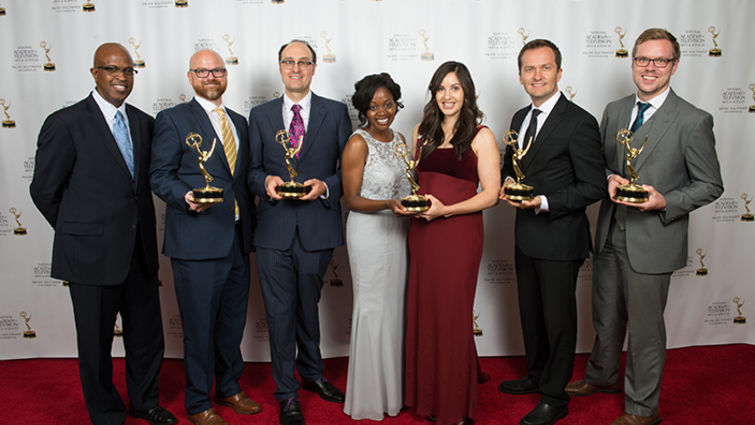 “Life on the Line,” a documentary TV series that highlights Loma Linda’s stories of transforming lives, won Emmy Awards in six of its seven nominated categories.

The team has previously received a total of 13 regional Emmys, one of which was for “Life on the Line.”

This year “San Bernardino Strong” was nominated in the documentary category, while episodes or a season of “Life on the Line” were nominated and received Emmy Awards in the following categories:

Cosma said the documentary film form is a lengthy process, with filmmakers often spending a year or more experiencing the journey side by side with the individuals who are sharing their stories.

“Receiving recognition from the members of The National Academy of Television Arts & Sciences boosts our morale and gives us the energy and drive to tell more stories,” Cosma said.

“By bringing their artistry and technical skill into the difficult moments of our patients lives, these filmmakers craft powerful stories that hearten all involved and create meaning out of what are some of life’s darkest points,” said Garrett Caldwell, DMin, executive director of public affairs at Loma Linda University Health. “Their work beautifully illustrates the faithfulness of our employees to fulfill our mission to continue the teaching and healing ministry of Jesus Christ.”

The chapter received over 900 entries for the 47th show, 217 of which were nominated. From those, more than 100 Emmy Awards were given.