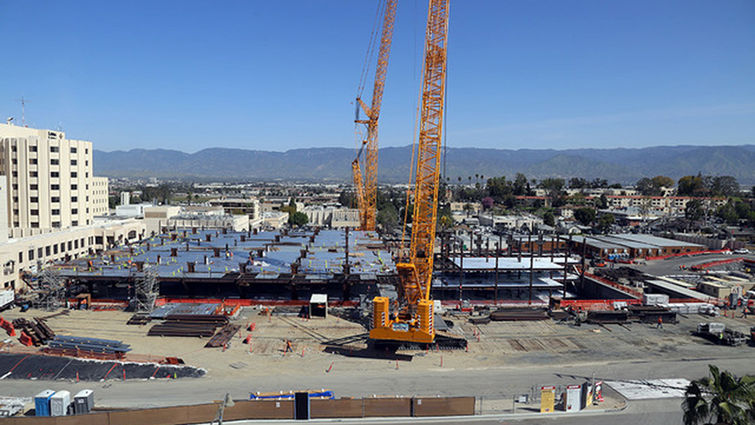 For a number of months, the foundation excavation, placement of base isolators (for earthquake safety) and below ground floors could only be seen on one of the construction site webcams from high above. Now there is steel skeleton rising into the air. By the end of summer 2018,  the height of the new towers will be defined, and Loma Linda’s skyline will be forever changed.

Throughout the remainder of the construction project, we will be presenting periodic photographic updates of the work, with special emphasis on some of the behind-the-scenes-views and untold stories. The new hospital is a key part of Vision 2020 – The Campaign for a Whole Tomorrow. 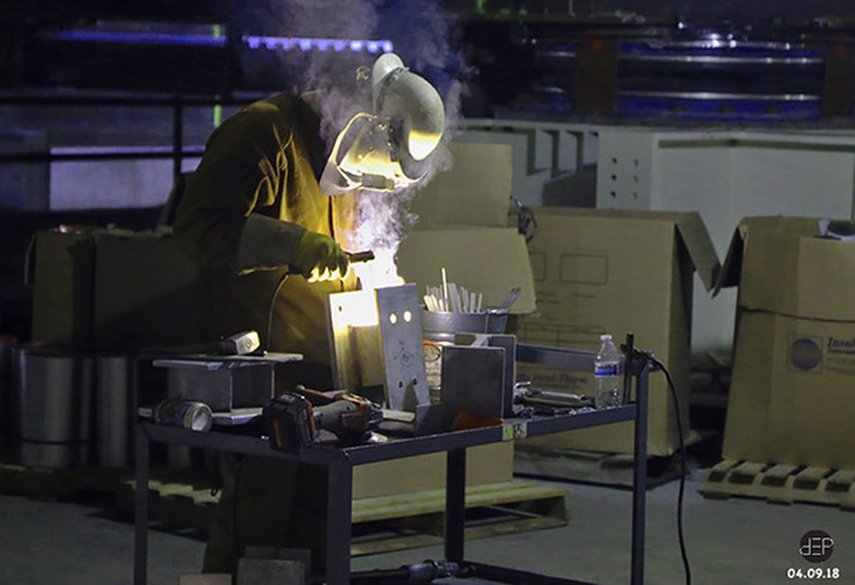 Few people will ever get a view of what is now referred to as the mat floor or “B” level. "B" level is a dark cavernous space with very little light. It is much cooler there than what it is on “A” level and the two floors above. The smell that greets one as they step onto the mat floor is something akin to the odor of metallic rotten eggs mixed with a dry, musty tinge of burnt metal. This delightful mixture of miasma emanates from the grinding wheels and the welder's touches. In this photo a pipefitter is welding a support bracker for a mechanical pipe. 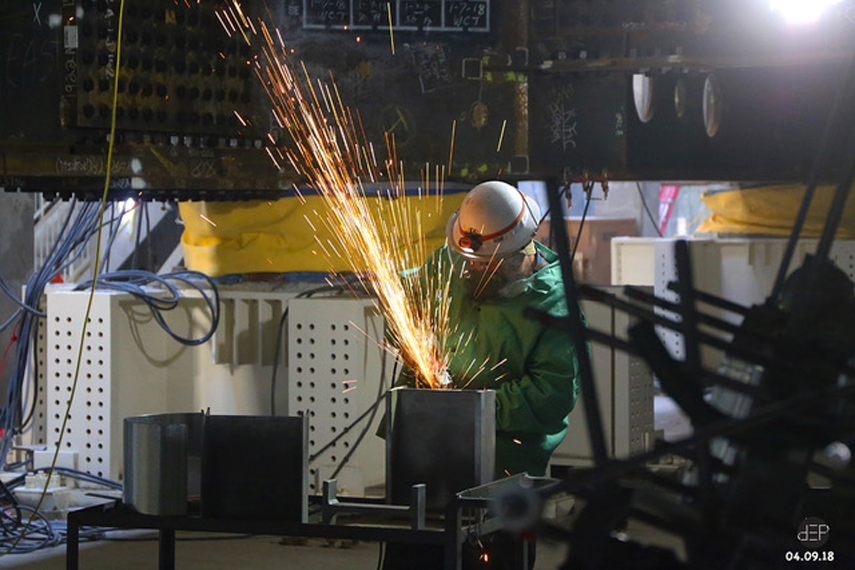 Another pipe fitter is at the grinding wheel smoothing out a mechanical pipe bracket. 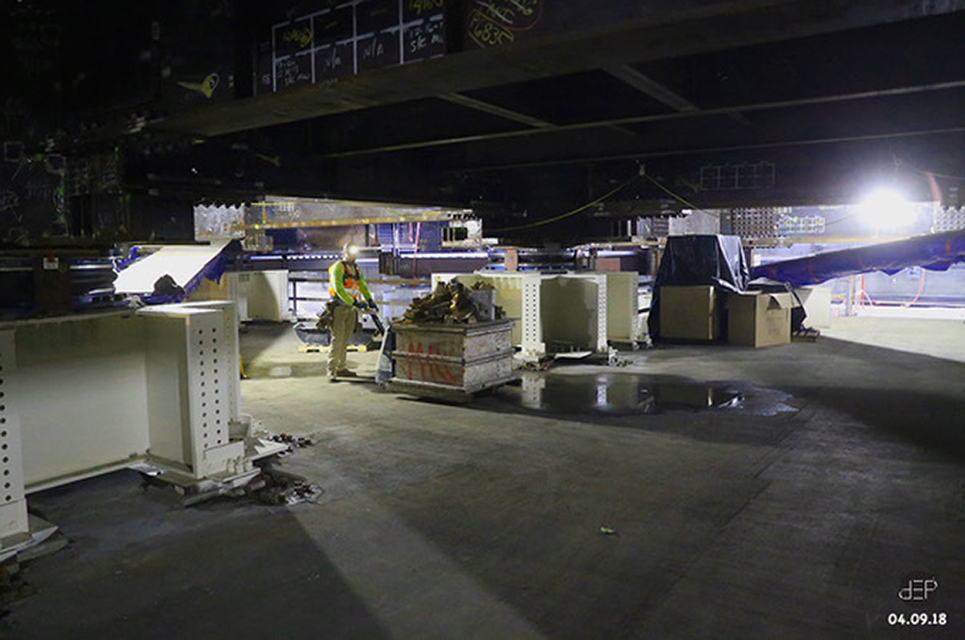 There is a misconception by many that the bottom floor (“B” Level) is just a crawl space. Quite the contrary. There are many places that a person over six feet tall can walk upright while wearing a hardhat. The laborer in this photo, pulling a cart, is approximately six feet tall and easily walks under the support beams. 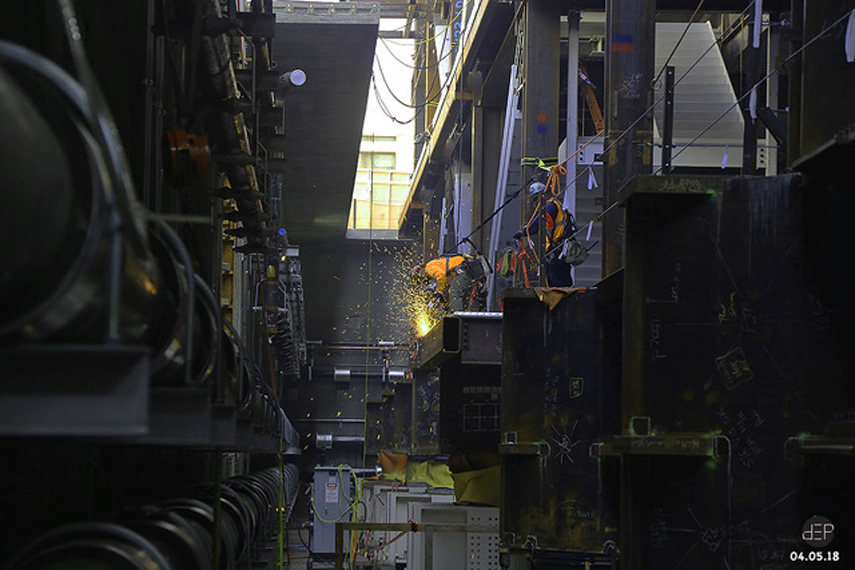 Another misconception is that the steel columns and or the structure itself are anchored to the foundation walls. Instead, the building rests on the nodes that are bolted to the isolators, which in turn are anchored to the isolator bases, which are bolted to the concrete foundation. There is a space around the perimeter of the structure called a moat. The width of the moat ranges anywhere from four feet to 16 feet from the foundation walls. This horizontal clearance allows the building to move if necessary when there is seismic activity. However, with the seismic isolators, the dampers, the BRBs (Buckling-restraint Braces), and the moat, any movement caused by a relatively minor or strong earthquake should hardly be felt by those in the building. Thus damage to the building from a small to strong tremor should be prevented or kept to a minimum. This photo illustrates how the moat appears looking up from “B” level toward the north and Schuman Pavilion. 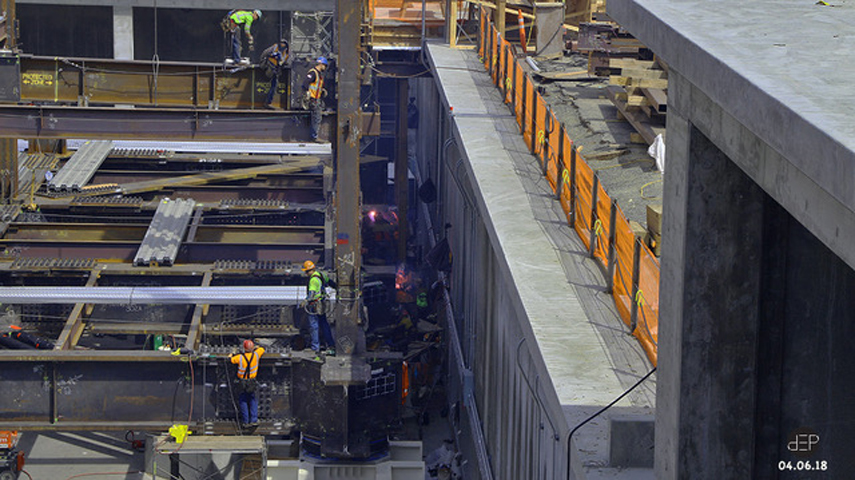 The moat begins to emerges on the east end of the structure. 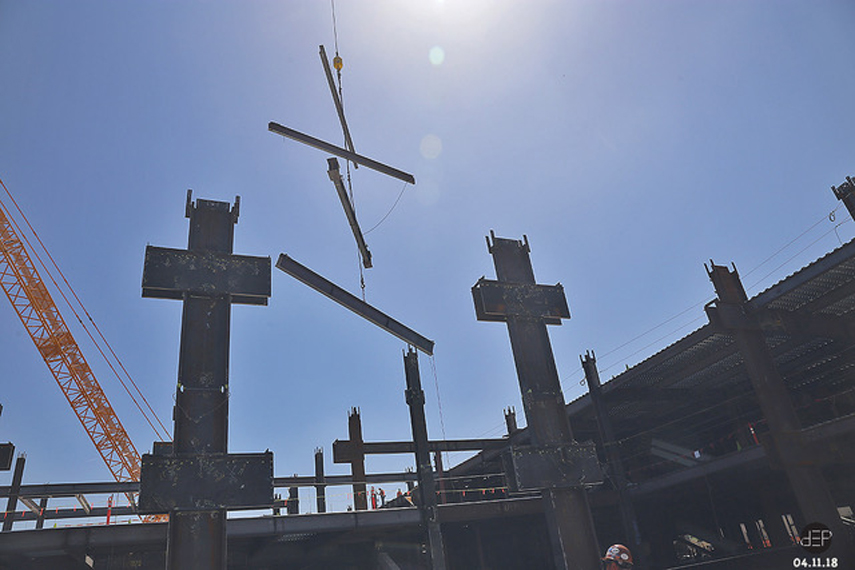 This rigging procedure is very evident to those who pass by the construction site. Why all this steel is hanging from a crane’s cable.  This method is called the Multiple-lift Rigging procedure. Depending on the project and with the approval of OSHPD and OSHA, the crane operators are allowed to use this method, which help to keep the costs down and speeds up the process. 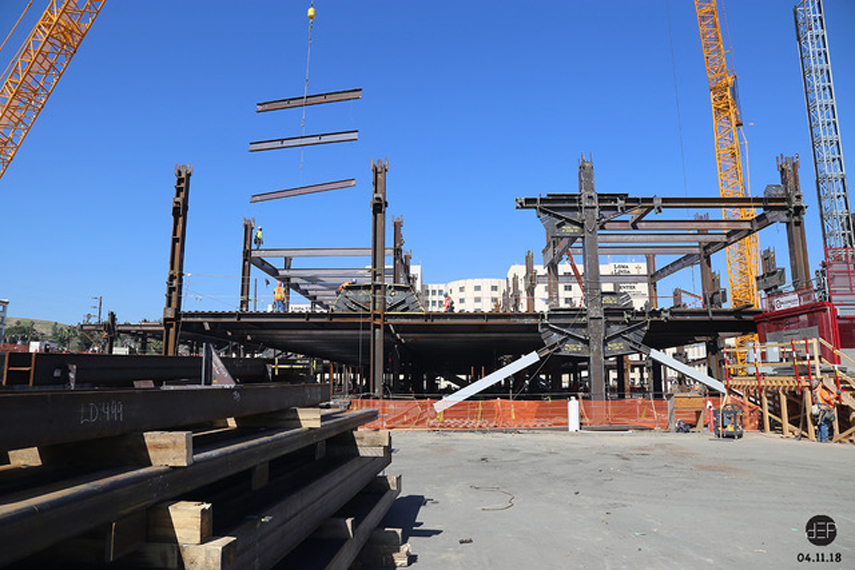 A view from the east of the same Multiple-lift Rigging procedure. If one looks closely through the steel at ground level, the façade of the Medical Center can be seen. 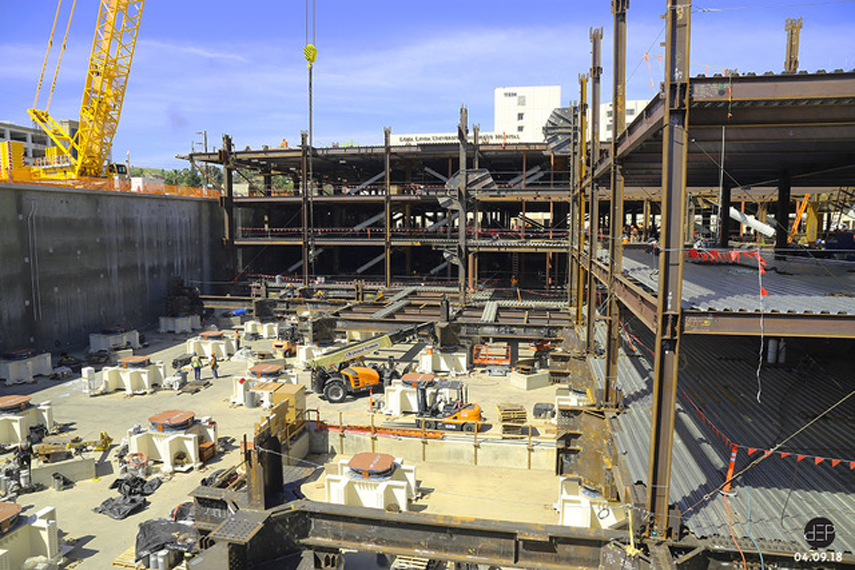 Just one-quarter of the big hole in the ground remains to be filled. The floors visible in this photo are: “B” level, “A” level, ground level, 2nd floor, and the beams for the 3rd floor. 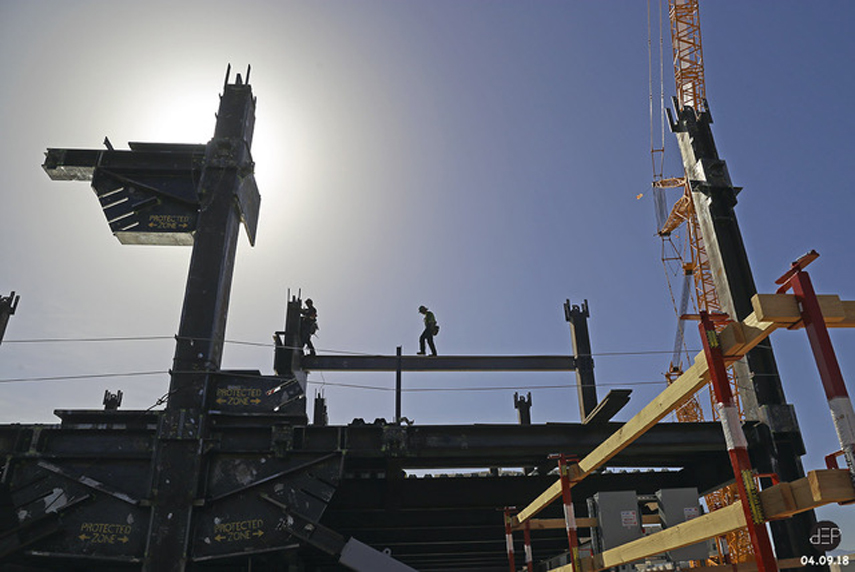 An ironworker walks a third-floor girder after having anchored the column to the right. His fellow ironworker waits so that they can secure the left side together. These ironworkers look quite small in relation to the size of the columns and girders.