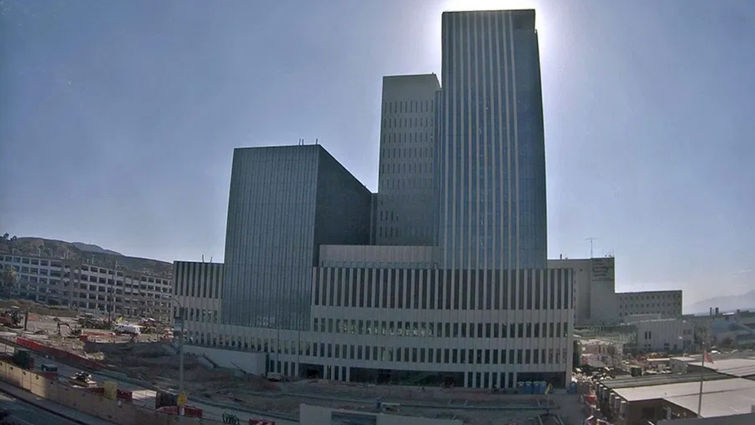 With the installation of the Magnetic Resonance Imaging units, the Loma Linda University Medical Center and Children’s Hospital tower construction project has reached a significant milestone. Completion efforts now focus on completing the building’s interior, including furnishings, equipment, supplies and all the small touches necessary to make the buildings ready to receive patients.

Below is a look back on the status of this massive effort in the months of August over the five years of work. With just a few months to go until patients move into this new building, this retrospective shows just how much has been accomplished by construction workers, Loma Linda University Health leadership, and the generous support of thousands of donors to the project. 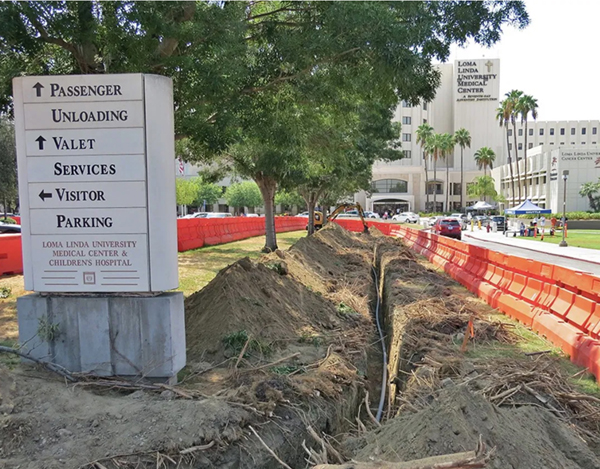 August 18, 2015: Early signs of change start appearing as work gets underway. Utilities need rerouting. Streets need to be redirected. And the entire parking lot east of the cloverleaf tower building needs to be broken up and removed — it will serve as the site for the new facility. 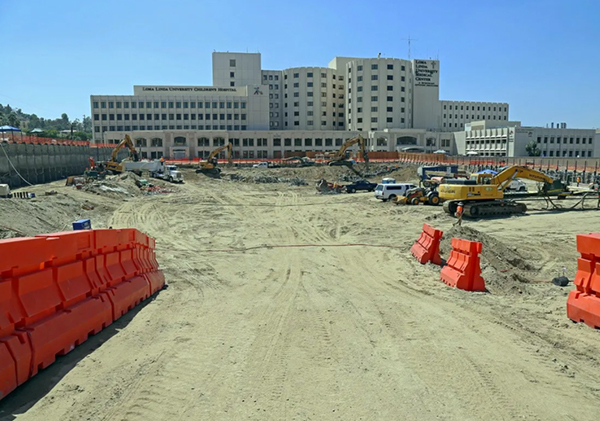 August 9, 2016: The building’s foundation and space for two lower floors will be underground. To create the foundation pit, workers will remove 110,000 yards of soil, or 7,857 truckloads. Then the bottom of the pit was covered with 1,400 yards of concrete four inches thick. On that slab, workers put together 5.1 million pounds of steel rebar, which reinforced another 15,230 yards of concrete. 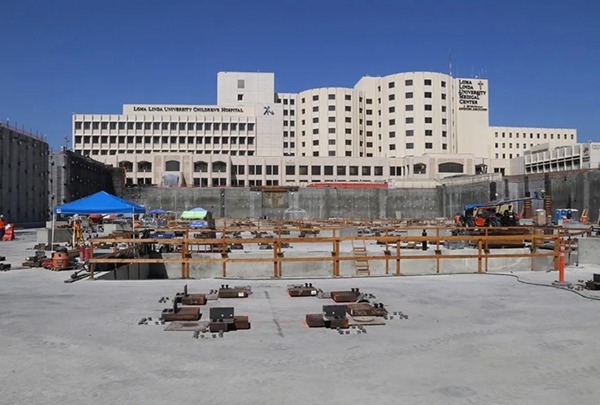 August 11, 2017: Anyone standing on the foundation floor on this date would still see the cloverleaf tower dominating the campus skyline. But having dug down, workers were ready to start building up. First task? Anchoring 126 base isolators into place to support the entire building and protect it in case of an earthquake. 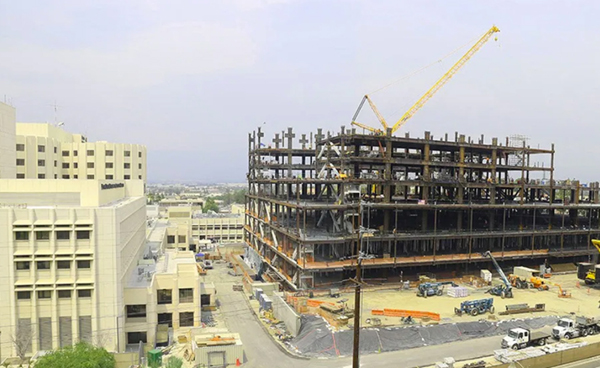 August 10, 2018: The pit is just a memory, as the steel structure for the two towers begins to rise. The Children’s Hospital tower ultimately topped off at nine stories, while the Medical Center reached 16 floors, and has a new helipad on the building’s roof. 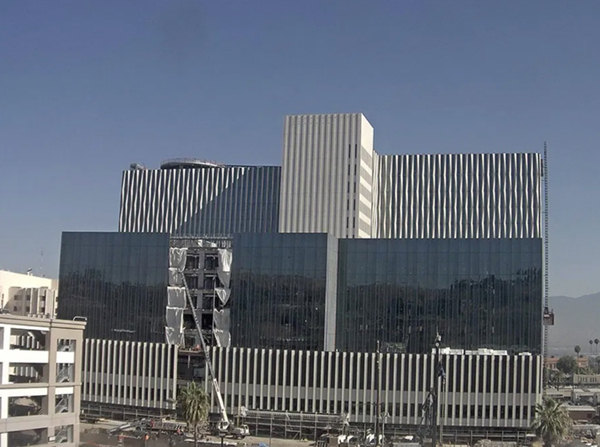 August 12, 2019: Work on the exterior is nearing completion. Two outside elevator hoists served the project delivering workers and supplies to the various floors. But the hoist on the side of the Children’s Hospital tower is no longer needed and is in the process of being removed. And on the other side of the building, the process of installing the glass walls for the 16th-floor conference center began at this same time. 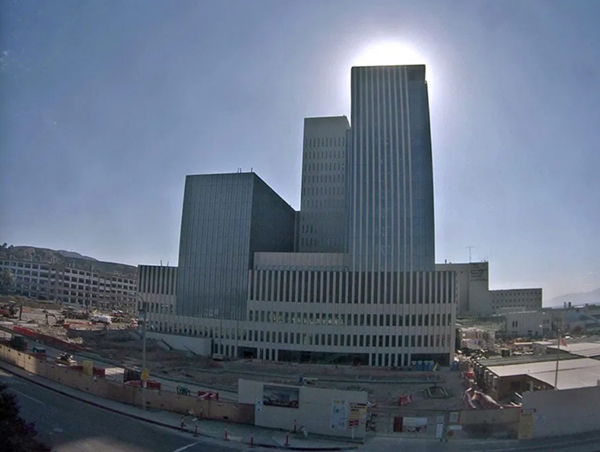 August 12, 2020: Late afternoon sun appears to crown the new Medical Center, casting a long shadow on the east side of the building. The new hospital is the tallest hospital in the state of California and the tallest building in San Bernardino County. But while its size is impressive, what’s truly exciting is the impact this facility will have in the region as it advances our ability to continue providing excellent healthcare. The new Medical Center tower is more than a building; it's a beacon of hope for brighter, better tomorrows in this community.