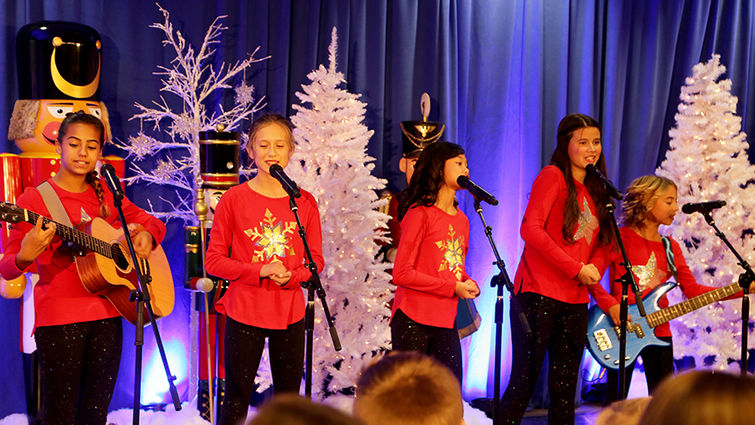 Lioness, a group of girls between the ages of 9 and 13, performed at "Carols in the Lobby" on Dec. 11. (Photos by James Ponder)

A televised Christmas program at Loma Linda University Children’s Hospital that was broadcast nationally over LLBN and Smart LIFE Style international television broadcasting networks, was designed to bring hope and holiday cheer to local children in need. The event was produced by LLUSS Cable TV & Media and filmed Dec. 11 in the hospital lobby.

The “Carols in the Lobby” program was sponsored by the Big Hearts for Little Hearts Loma Linda Guild, a volunteer organization that has raised more than $1.6 million for at-risk children in Southern California’s Inland Empire. Lynn Sleeth, president of the Guild, said the purpose of the program was to provide a positive picture of hope and healing for hospitalized children and the 1.3 million households of the region as well as for millions of viewers across the United States.

The guests of honor, approximately 20 LLU Children’s Hospital patients, filled the front three rows, eager for the program to start. When it did, Sleeth promised that each child would get to choose a Teddy Bear to take home, adding that bears give children something to hold onto for comfort. The program featured a mix of regional performers and one internationally-known entertainer.

First to perform was Lioness, a singing group of girls, ages 9 to 13. The group, which was founded five years ago, delivered a spirited performance of six holiday selections, including “We Wish You a Merry Christmas.”

Pete McLeod, a performing member of the Magic Castle, of Hollywood, blends comedy, magic and musical parody in his act. McLeod, a friend of Children’s Hospital, was assisted by youthful helpers in two of his three performances, “The Amazing Balloon Experiment,” “Having a Ball,” and “The Legend of Clara and Monica.”

High school harp duo Claire Elias and Natasha Thomas entertained the crowd by playing holiday favorites on harps. Elias, a freshman at Loma Linda Academy, has been playing the instrument for four years. Thomas, a junior at the same school, has been playing for five.

The Hawarden Singers, a 30-member children’s choir from Hawarden Hills Academy in Riverside, California, sang three selections: “Mary’s Boy Child,” “Carol of the Bells,” and “Silent Night.” The acclaimed choir consists of students, ages 7 to 13, who perform at school functions, holiday celebrations and civic events around the Inland Empire.

Pianist Laura Noronha, 15, who has been playing since she was 6, played three popular selections, “The Prayer,” a contemporary arrangement of George Frideric Handel’s “Joy to the World,” and “Have Yourself a Merry Little Christmas.” Noronha’s piano artistry took her to Carnegie Hall in 2016.

Ballerina Annalyn Bakland was the final performer of the evening. The 15-year-old, who has been studying ballet since she was 9, took first place at the Youth America Grand Prix semifinals in Los Angeles at 13. Bakland pirouetted between three giant nutcrackers to Tchaikovsky’s “Dance of the Sugar Plum Fairy.”

Event organizer Sandi Herrmann, a longtime member of the Guild board, says the nutcrackers were generously donated for the occasion, and Bakland’s beautiful performance for the children was also a gift.

Herrmann also said “Carols in the Lobby” springs from the Guild’s desire to offer hope and friendship to the children of Riverside and San Bernardino counties. She said parts of the region face challenges of high rates of crime, gang violence and drug abuse. She added that the Guild is deeply concerned for the innocent children of the region, especially vulnerable infants born addicted to narcotics.

“These kids get sick and need costly medical care, yet their parents may not have health insurance,” Herrmann said, noting that 80 percent of the hospital’s patients cannot afford to pay for the services they receive. “Nevertheless, the hospital is there for them.”

Herrmann added, however, that there is a brighter side to the Inland Empire. “These talented young people wanted to give something back to the kids who live in this valley without any hope. Christmas is all about hope and tonight they let their light shine brightly. I am so incredibly proud of these kids and what they did!”

For more information about the Guild, contact Josh Zahid, Guilds manager, by email at jnzahid@llu.edu or by phone at 909.558.5384 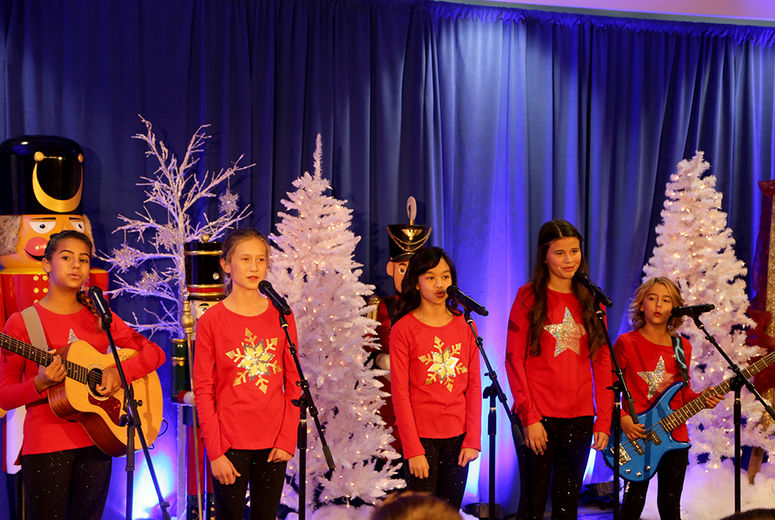 Lioness has performed at "Carols in the Lobby" four straight years. (Photos by James Ponder) 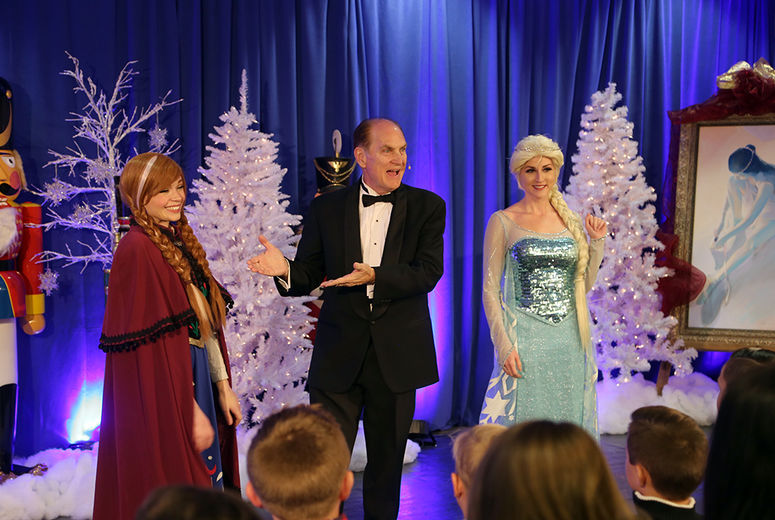 Pete McLeod with two Disney Princesses at "Carols in the Lobby." 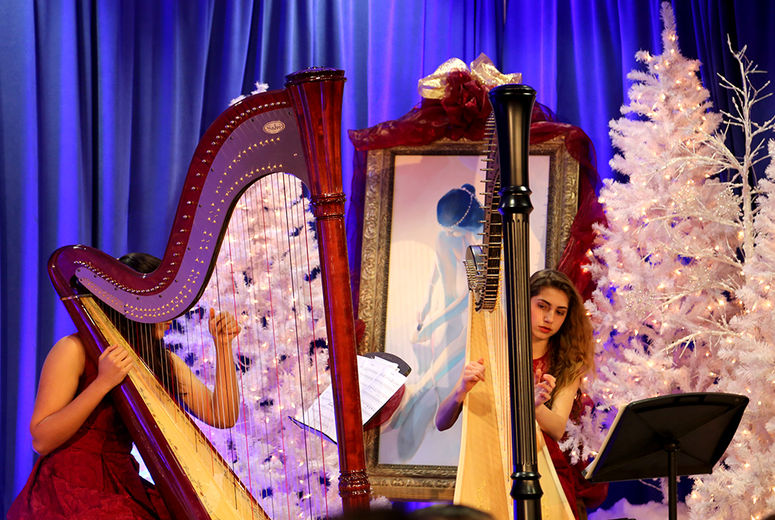 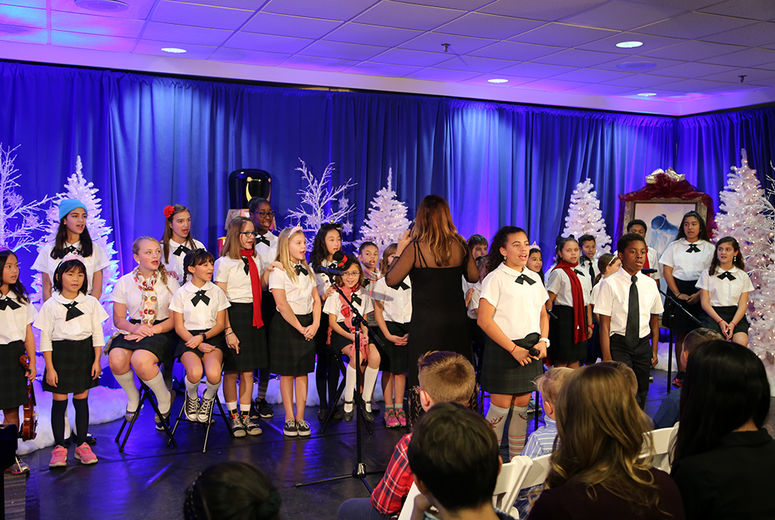 The Hawarden Singers, a 30-member children's choir, from Riverside, California. 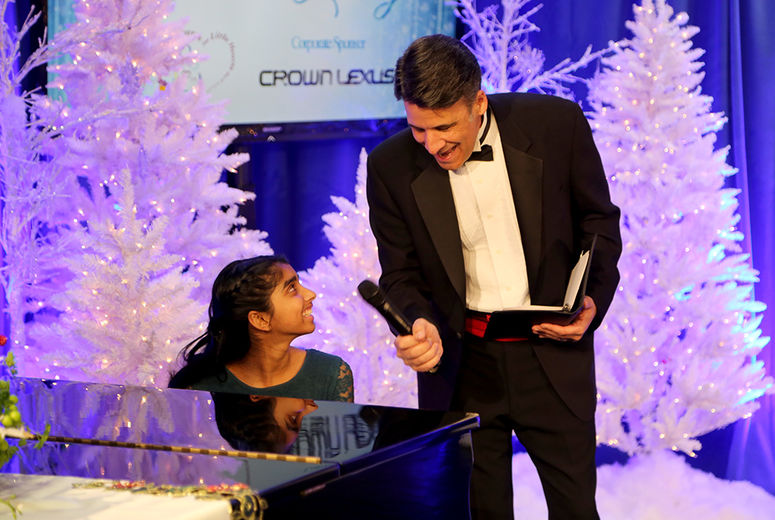 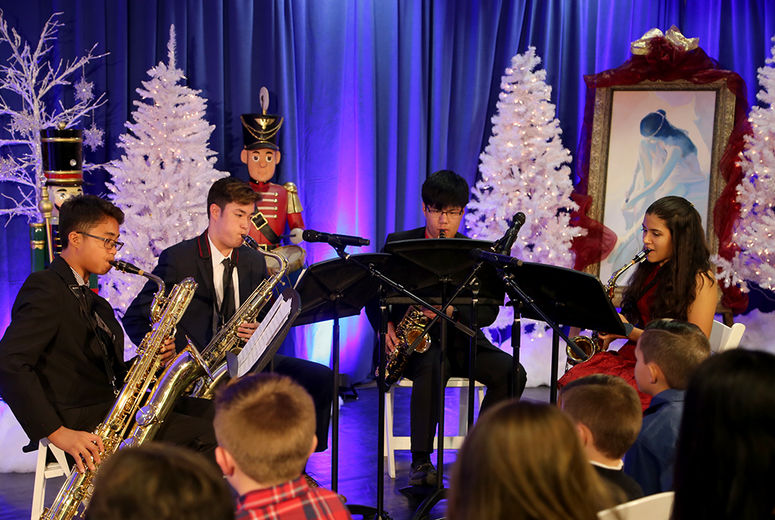 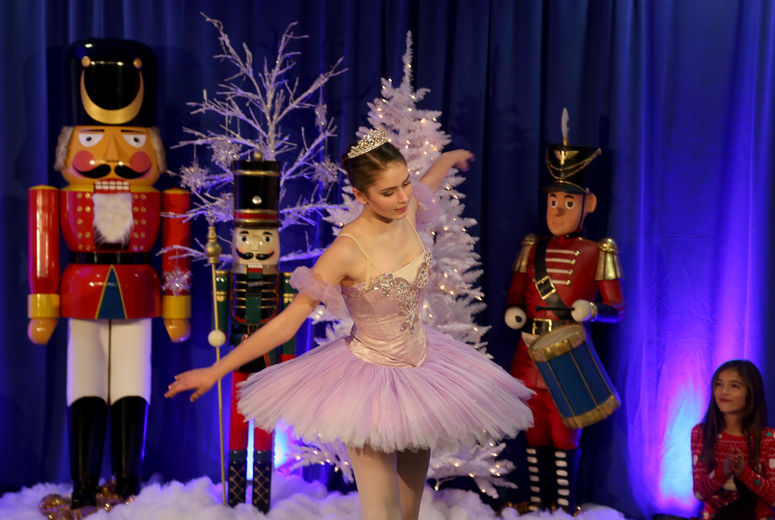 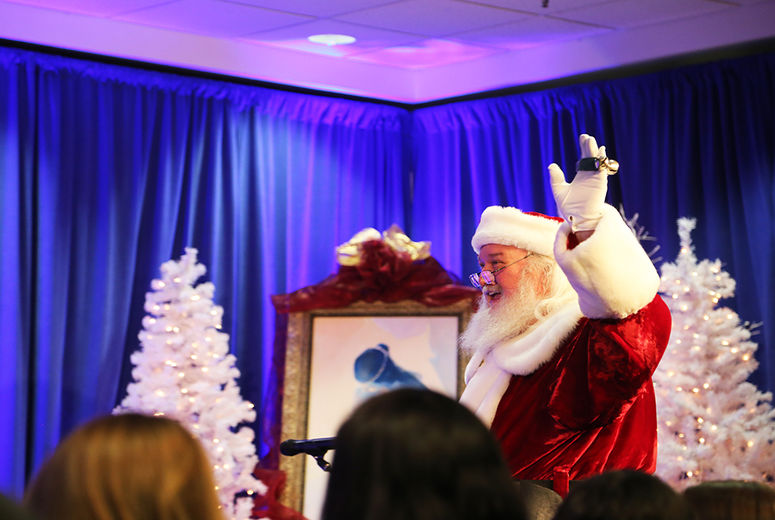 Santa stopped in on his last shopping trip before Christmas Eve. 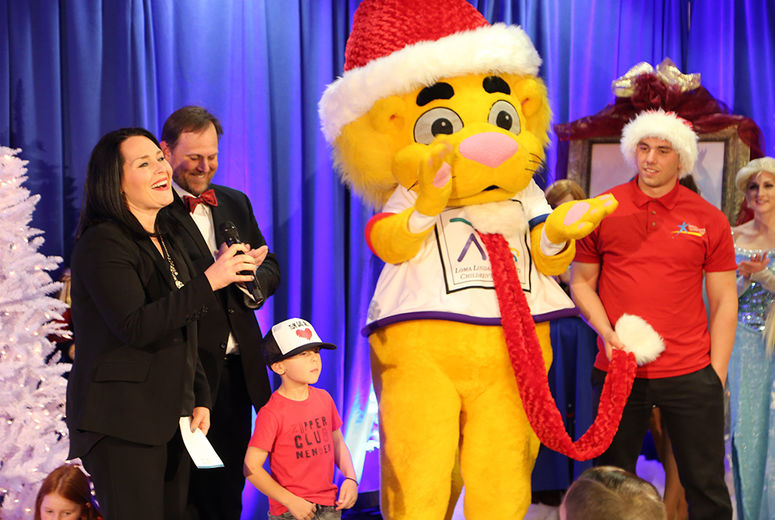 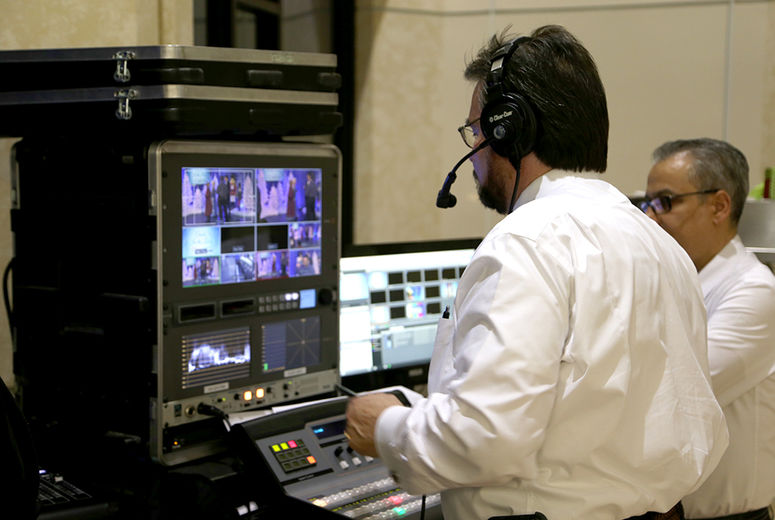