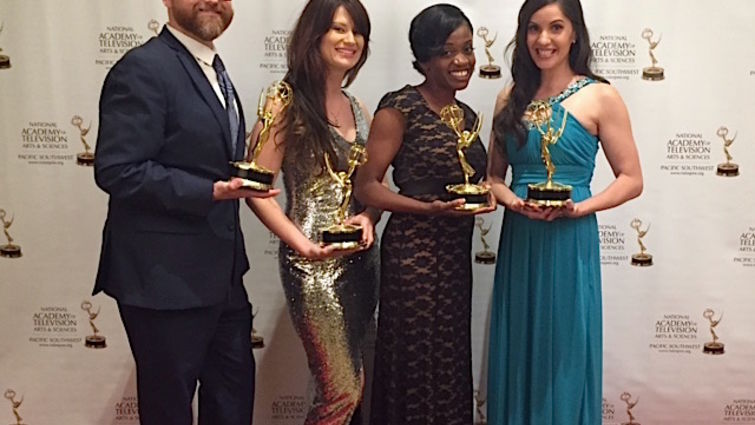 Loma Linda University Health advancement films earned, once again, the highest honor in the television industry – the Emmy®. The National Academy of Television Arts and Sciences awarded “Life on the Line” its first Emmy® Award in the category of health/science program at the 42nd Annual Pacific Southwest Emmy Awards over the weekend in Rancho Mirage.

Produced by Advancement Films, The documentary TV series gives viewers an inspiring look into the resilience of humankind as it brings Loma Linda University Health’s mission to life.

After an unexpected pregnancy, Janett and Gian find out their baby boy will be born with a life-threatening condition called gastroschisis, a birth defect in which the intestines are outside of the body. Without immediate medical treatment, baby Theodore’s life will be in danger as soon as he is born. Gastroschisis happens twice as often in California’s Inland Empire and researchers at Loma Linda University Health are working to find out why. The episode follows the journey of a young family, whose bond grows stronger during their biggest life challenge, and the doctors and nurses who pull together with hopes of giving Theodore a future.

The advancement films team is currently in production of season 3 of “Life on the Line,” which is scheduled to air winter 2016.