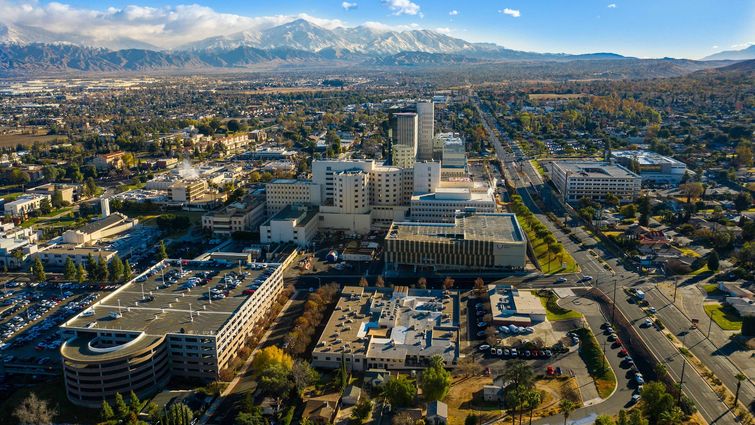 2020 has been a year that changed the world. In a matter of months, it reshaped how society functions. It brought pain, isolation, fear and loss into many homes. After such a year, it was hard to know how to put together this year-in-review — there’s not much that could be said or any photo that could be shown that would make the ending of this year feel like a win and not more like a loss. But we thought it important to end on a note of hope. There is hope on our campus. Hope in the students who are being molded and educated to continue the teaching and healing ministry of Jesus Christ. Hope in the cloverleaf towers, through the countless hours dedicated by the staff and the countless lives they have saved. Hope in the new towers that stand as a beacon in our valley; that represent the continued healing that is to come for countless more. Hope because God made a way for all of us to carry on through this year. As we greet 2021, may you cling to hope. May you find peace knowing that there are better days to come. Like a rainbow in the sky, like the glistening dichroic glass, there is a promise for better days.

Relive some of Loma Linda University Health's moments through the year-in-pictures below. 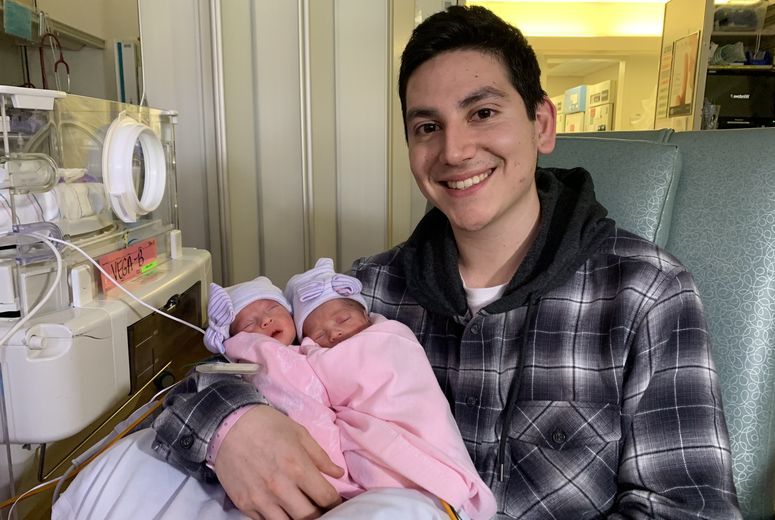 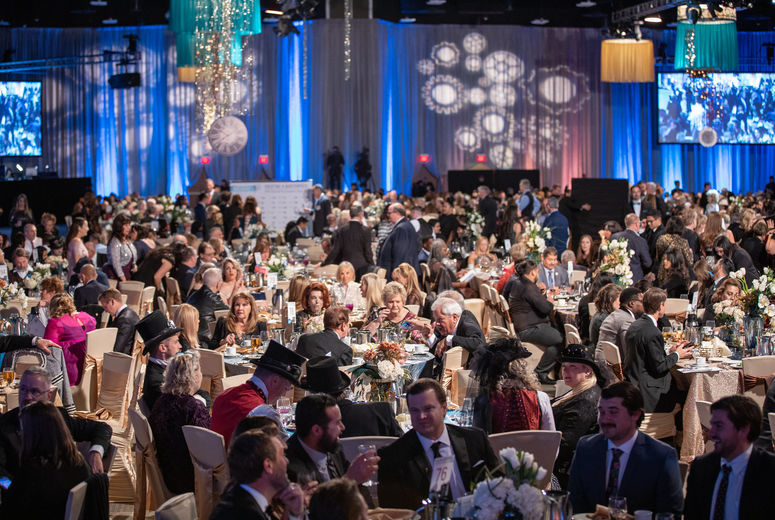 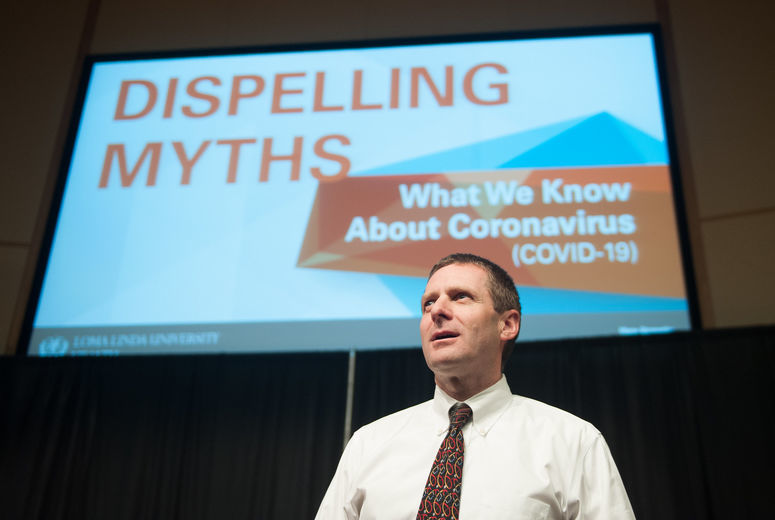 On February 25, as Americans tentatively prepared for the wider spread of the disease that had newly been named COVID-19, Loma Linda University Health hosted an event to answer community questions and dispel myths surrounding the virus. 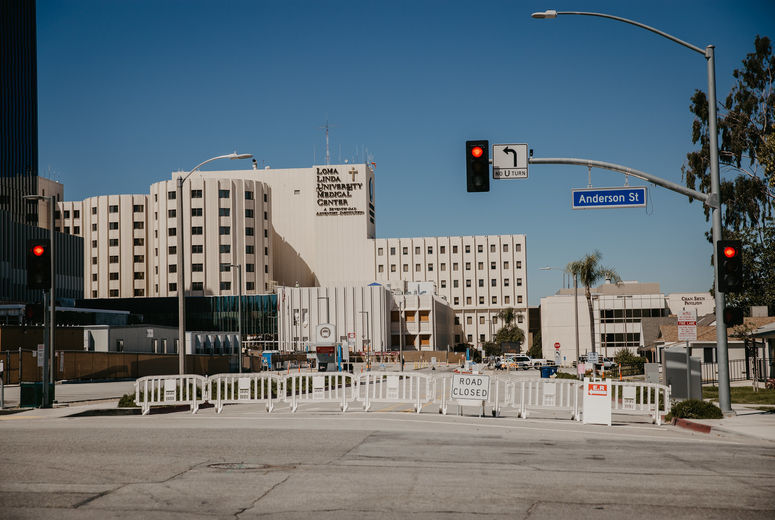 As the situation surrounding COVID-19 continued to rapidly develop both domestically and internationally, Loma Linda University Health made difficult decisions to stop the spread on March 17. 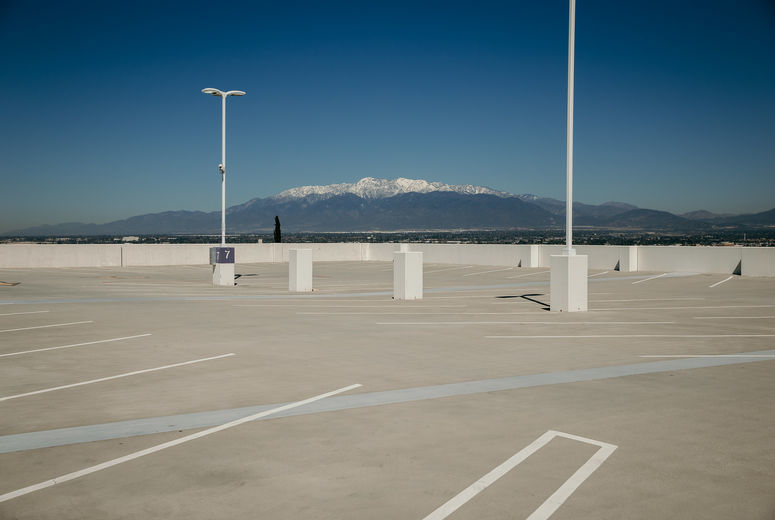 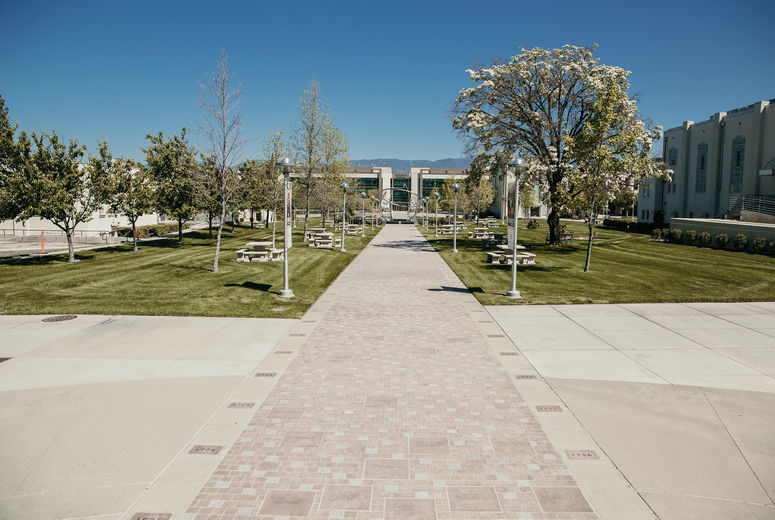 All scheduled conferences and events were canceled or postponed. University classes went online, and many offices were furloughed or went virtual. 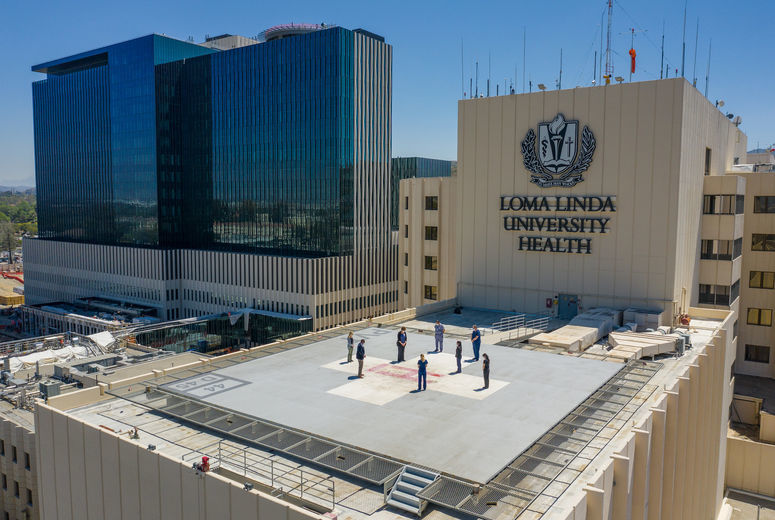 Prayers on the Helipad

Healthcare and spiritual care teams from the Medical Center came together on April 23 to pray for patients, staff and their families affected by COVID-19 atop the 7th-floor helipad. 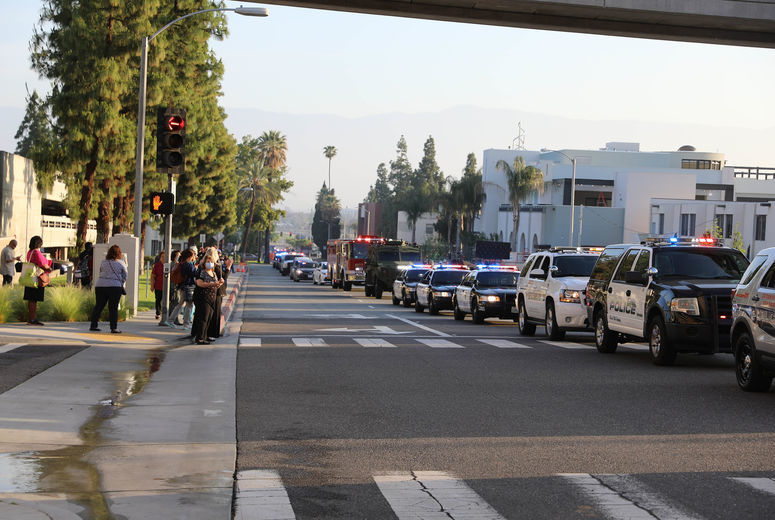 First responders from 13 local police and fire departments paraded past the hospital to thank healthcare workers in a show of solidarity and support on April 29. 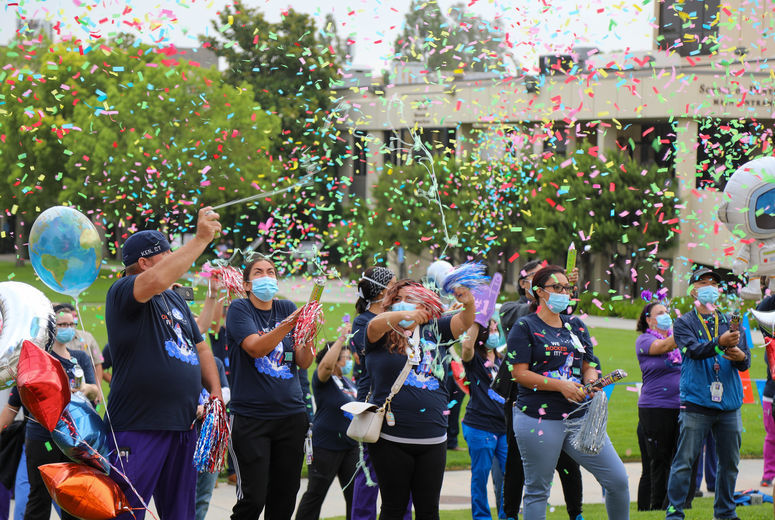 On May 19, the Medical Center received the prestigious Magnet Recognition — the highest honor a healthcare organization can receive for professional nursing practice. Children’s Hospital would join them in reaching Magnet status two months later. 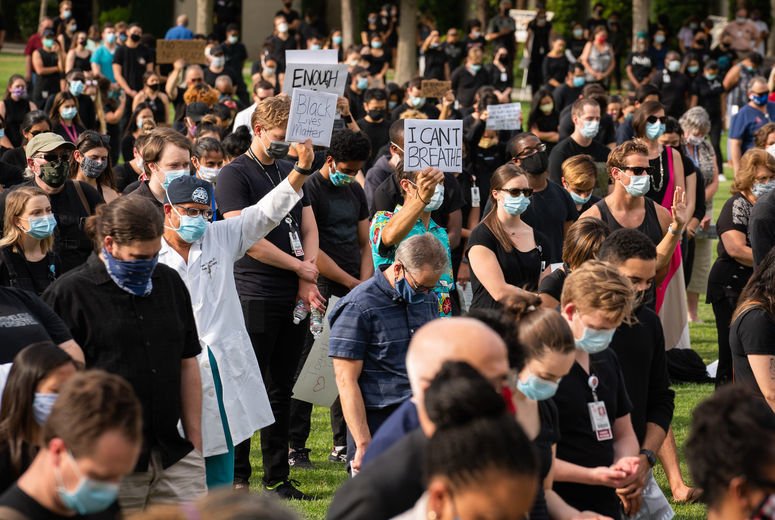 In response to continued racial injustice nationwide, a solidarity vigil was held on the university campus for students, employees and faculty to take a stand and come together as a community on June 2. 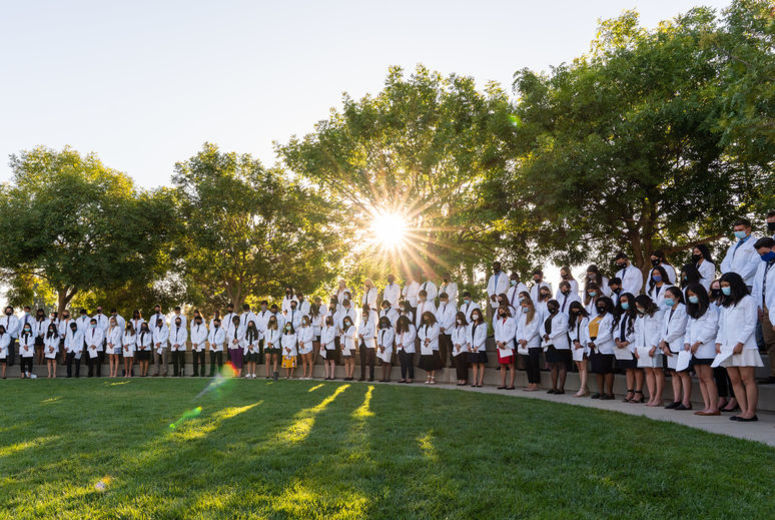 In late July, the School of Medicine held a whitecoat ceremony for their new students, streaming the program virtually for friends and family to watch from afar. 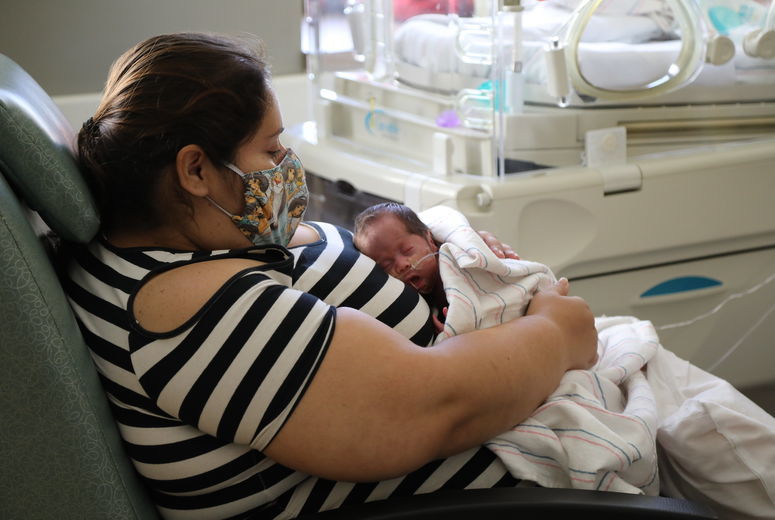 On July 27, nearly 25 people, including doctors and nurses from the NICU, ICU, labor and delivery, and anesthesia teams crowded together in an ICU room to deliver a comatose Blanca Rodriguez’s premature baby after her body began to fail due to COVID-19. After a miraculous recovery, Blanca was released from the hospital in August and her baby Jade was released in September. 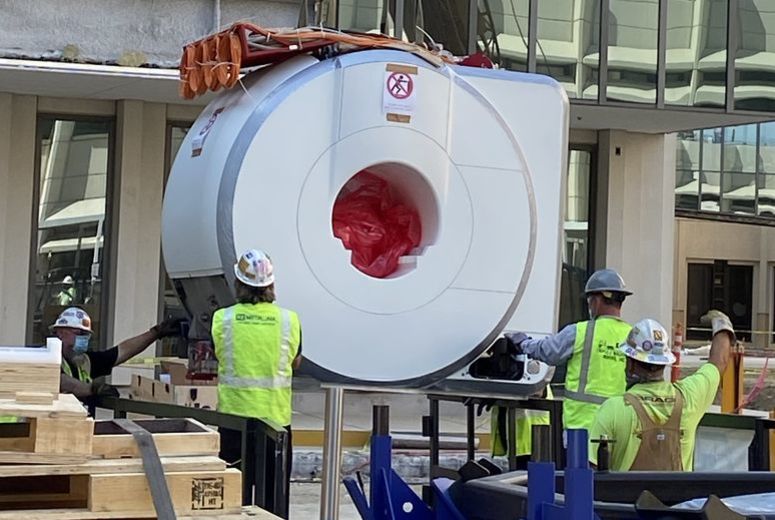 Construction efforts on the new towers reached a major milestone on August 16 with the installation of two MRI units — weighing approximately 15,000 pounds each. The MRI units were the last major pieces to be installed in the new adult hospital, bringing the project one step closer to completion. 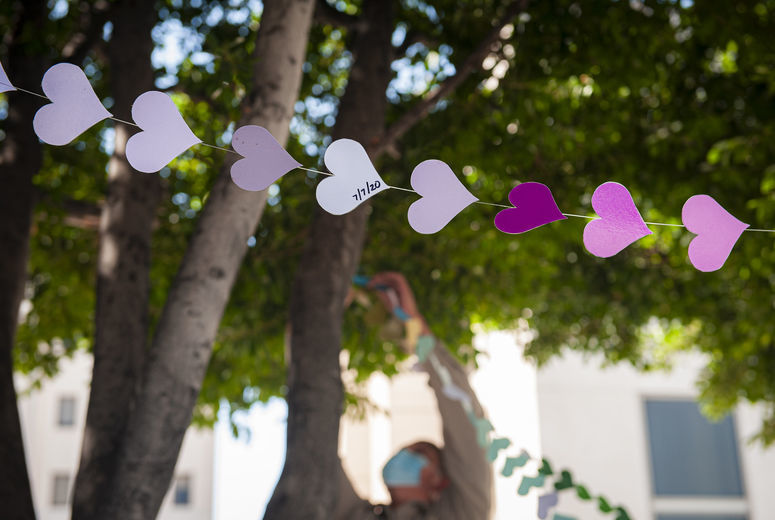 In early October, Medical Center staff dedicated the trees outside the hospital’s employee entrance as a place of remembrance to patients who struggled with COVID-19, both those who lived and those who lost their lives despite the tireless efforts of frontline healthcare workers. 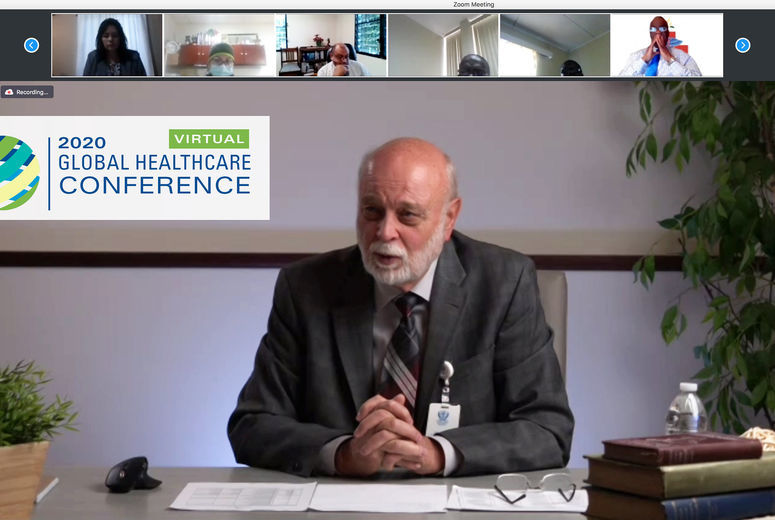 For the first time, Loma Linda University Health held its annual Global Healthcare Conference virtually on November 2-5, continuing its ongoing international initiative to support development of the church’s healthcare and educational institutions around the world. 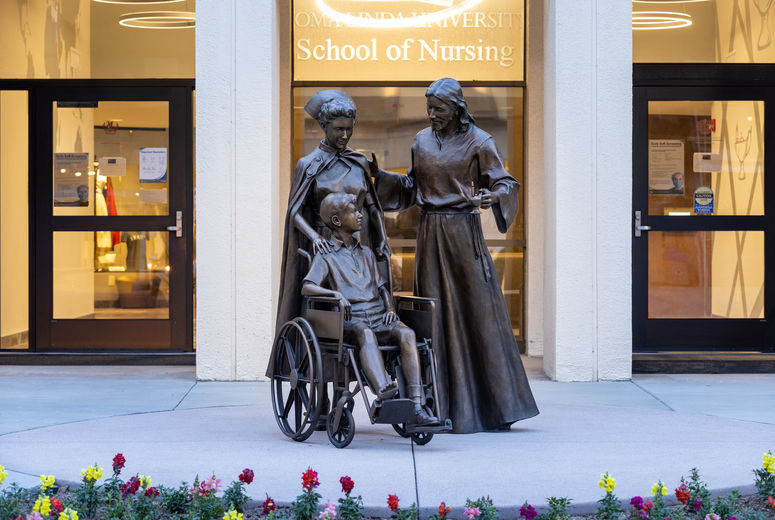 A new sculpture, titled “Be His Light”, was unveiled on November 5 in front of West Hall honoring 115 years of nursing education. 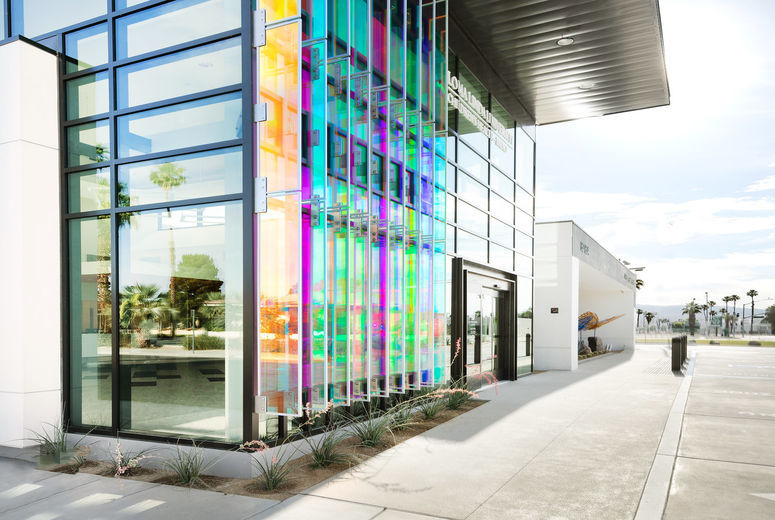 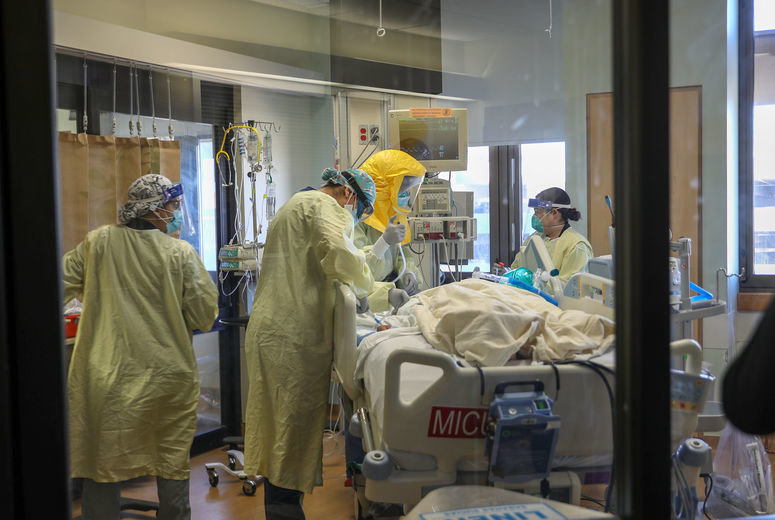 Frontline healthcare workers continued to battle the COVID-19 surge throughout November and December with ICU capacity reaching zero and case numbers spiking like never before. 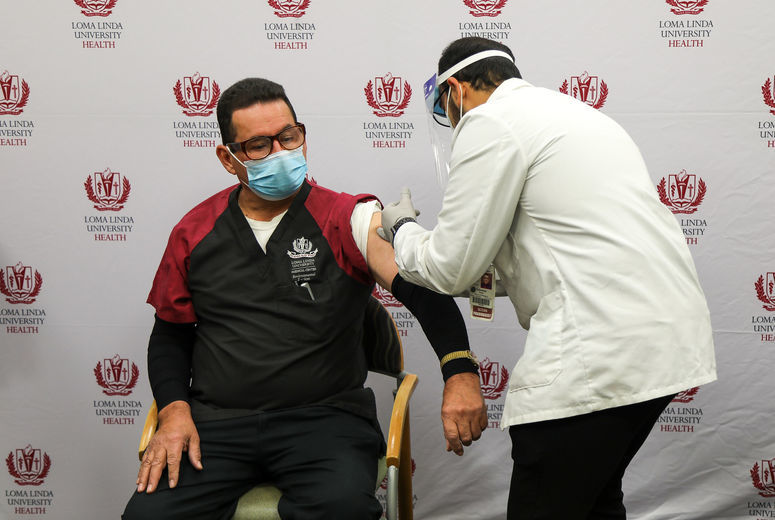 Hospital healthcare workers received the organization’s first vaccinations against COVID-19 on December 17 — a small ray of light in an ongoing battle against the disease.