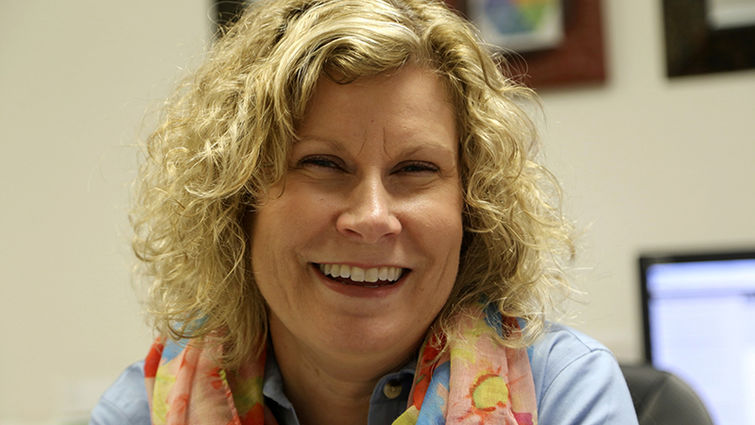 Donna Gurule, MPH, DrPH candidate, recently sold a cabin in Big Bear and donated $10,000 to Loma Linda University School of Public Health. She loves the school, philanthropy, and traveling with her twin sons, Evan and Ross.

But recently, when she realized the time had come to sell a piece of property she owned in Big Bear, Gurule didn’t consult a real estate agent or philanthropy official at first.

“I had to be at the point where I was willing to let it go,” she says of the cabin she and her late husband, Andy, had purchased as a weekend getaway for themselves and their twin sons, Evan and Ross.

Instead, Gurule took stock of the situation. The place had significant sentimental value for her and the boys, but it was becoming increasingly difficult for her to maintain, given the physical distance from the cabin to her home in the Inland Empire. So she turned to a friend.

“I promised God that if He helped me sell the cabin, that I would give back,” she shares.

Once she did, things happened fast.

“It was the last of four or five properties that went on the market on our street,” she recalls, “and it was the first to sell. God took care of me and I kept up my end of the bargain, which was to donate $10,000 to the School of Public Health.”

Gurule—who worked with Albin Grohar, PhD, associate professor, and Olukemi Adeoye, MPH, development officer for the school, to establish the gift—has been involved with the school since 1993.

“My other job took me away for awhile,” she says, recalling the time she spent as director of environmental health and safety for Loma Linda University, “but I came back up here full-time in January 2013.”

Gurule found another way to express her passion for the school.

“I have a payroll deduction through the Grow Together employee giving program,” she adds, explaining that her contributions benefit the environmental health program at the school.

“The Grow Together campaign is an easy, painless way to give back for two reasons: It’s payroll deductible so you don’t have to worry about remembering to give,” she observes. “Plus, you can designate where you would like your contribution to go. Loma Linda University Health is a large place with lots of great things happening and I wanted to designate my contribution to go where I had the greatest connection: the School of Public Health.”

Gurule thinks it’s a great tool. “God entrusts each one of us with resources,” she says. “How we develop and use those resources is our choice. And I choose to give part of my resources to Loma Linda University Health.”

When Gurule isn’t busy with work or writing her dissertation, she enjoys travel. “I’ve been to over 60 different countries,” she says.

“Russia comes to mind first,” she replies when asked to name her favorite place. “But I also thoroughly love Palestine. I enjoy the experience of visiting different places and learning about the culture, the food, how the people live—I’ve just always enjoyed that.

“Palestine is very similar, in some respects, to what we have here,” she continues. “The climate is a little drier, but the Palestinians are wonderful people.”

Gurule says the trip gave her a deeper appreciation of biblical history.

At the ripe old age of 11, Evan and Ross have a couple interests in common.

“They like to harass each other,” she notes, “They both enjoy music and band. Evan plays trumpet and Ross plays percussion. Evan likes to build things and Ross is more creative. He likes art and cooking. Evan loves performance cars. I told him, ‘You need to study hard and get good grades if you want to land the kind of job that will allow you to buy nice cars.’