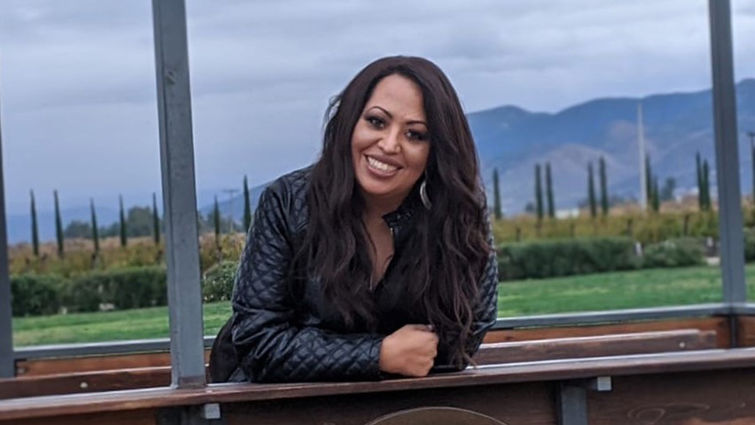 Every few weeks, Brenda Flores, PhD, MSW, steps up to a lectern to address a community group about human trafficking awareness. The Loma Linda University graduate is a victim specialist for the federal government’s Homeland Security Investigations and works in the department’s San Bernardino office to support agents in the investigation of federal crimes and to educate citizens.

Frequent public speaking appearances bring Flores in front of community groups, school organizations, political associations, and church events throughout Southern California to help people be aware of the epidemic of trafficking and learn how they can help.

A graduate of the School of Behavioral Health, her advocacy for victims is a journey that started with a desire to help people through social work after being exposed to the court system. This has led her to work in several government agencies helping children and undocumented immigrants first-hand.

Today she works for a department that includes more than 7,000 agents across the nation investigating anything that has crossed the border illegally — goods, money, weapons, cultural artifacts, and cybercrime. And also people — many of them victims of sex trafficking and forced labor. In 2020, her department investigated nearly 1,000 cases related to human trafficking in the Los Angeles Area, she says.

“A lot of people don’t know that trafficking is happening right around the corner from them, even in the places they might frequent,” Flores says. “People can be forced to work in a restaurant, or nail salon, or hair salon, or a hotel.” She recommends calling the National Human Trafficking Hotline to report any suspected trafficking situation.

Positions like hers were created for people with backgrounds in social services in order for the department to maintain a victim-centered approach to investigation, she says.

“Agents understand that they need their victims in order to prosecute a case, but moreso they understand they are people who need help,” Flores says. “We work together as a team to make the victim feel comfortable and secure so we can help them move forward.”

Originally from Whittier, east of Los Angeles, Flores worked for years as a young adult at Riverside superior court, where she saw people from all walks of life come through the court system. Her interest in helping people was piqued.

“I saw both sides of the system,” she says. “I saw the justice side where the person had committed a crime, but at the same time I had the chance to talk to many of these people and hear their stories, and it’s almost like they were set up to fail. That’s where my whole interest in social work started.”

Flores earned a bachelor’s degree in social work before coming to Loma Linda University to earn a combined degree of a master’s in social work and a doctorate, which she completed in 2011. The degrees, she says, were rigorous and prepared her in a well-rounded way, enabling her to work with individuals and also serve in administrative roles.

Fluent in Spanish, Flores has been able to serve Spanish-speakers throughout her career and is sometimes sent to areas where her bi-lingual skills are vital, such as Puerto Rico after a hurricane or Del Rios, Texas for the cross-border situation.

Her work sometimes takes her to dark places, and she sometimes has to see ugly things. Her friends sometimes ask how she can do it.

“If we can take one bad guy off the street, that’s dozens of individuals who are not going to be trafficked anymore,” Flores says. “Then we can identify victims and get them the services and help they need, and that allows them to move forward with their lives. That’s what keeps me going.”