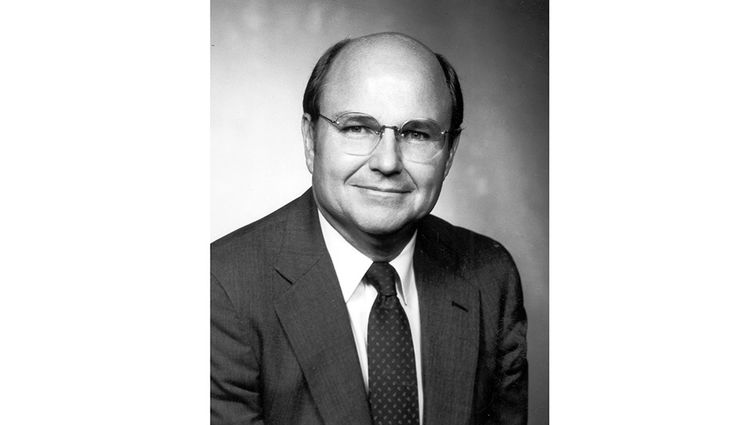 Norman Woods, PhD, who served as president of Loma Linda University from 1984 to 1990, during what was a time of reaction to its budding infant heart transplantation program and transition for the organization with regard to its branch campus in Riverside, died December 14 at the age of 88.

Woods, who was appointed president after serving for a decade as vice president for academic administration, served at the organization’s helm during the pioneering "Baby Fae" procedure and its aftermath that launched the little-known medical facility into the international spotlight over medical ethics of interspecies transplantation and surgical research.

“There is more respect for Loma Linda….[T]he institution has more credibility now,” he told the Los Angeles Times in 1986 following a national meeting of university presidents. He would work in the ensuing years to bolster the organization’s public affairs efforts following worldwide press coverage during the episode.

Woods also oversaw several years of significant discussion over whether to consolidate its operations with its Riverside campus or to set the two entities apart, each with its own accreditation. At stake in the longstanding issue he inherited was Loma Linda University’s acquisition of a small undergraduate college, La Sierra, in the 1960s. After years of overseeing intense governance negotiations, he resigned after concluding that the two entities could not continue together without risking accreditation.

The board chair accepted Woods’ resignation in 1990, saying if Woods couldn’t make it work, then no one could. The two entities were set apart — today Loma Linda University Health and La Sierra University.

His move of stepping down from his position at Loma Linda University at age 56 was seen by many as sacrificing his career in Seventh-day Adventist education for the good of the organization.

“He maintained a calmness and a dignified presence during difficult meetings and conversations, always focusing on what was best for the institution,” said B. Lyn Behrens, MBBS, who succeeded Woods as president of the organization and served in the role through 2008. “He was a man of great courage and a selfless, self-sacrificing leader. It was a privilege for me to work with him and to be mentored by him.”

The walkway outside of the Loma Linda University’s administrative building is named Woods Walkway, with a nearby marker honoring his leadership during a time of “major institutional transition.”

Woods also oversaw the transition of numerous corporations on campus to a more consolidated structure, said Kent Hansen, JD, Loma Linda University Health’s general counsel. “A lot of the structure of LLUH as we now know it was set in place during his time,” Hansen said.

Hansen remembered Woods as being fiercely loyal to his friends and his employer, as well as a calm but driven leader who demonstrated humility. Hansen said Woods drove an old Volkswagen Beetle his entire time as president.

Norman James Woods was born March 5, 1934, in Springfield, Missouri. He served in the U.S. Army from 1956 to 1958. He earned a bachelor’s degree from Union College in Lincoln, Nebraska in 1960, a master’s degree in education from Central Washington University in 1966, and a doctorate from the University of Oregon in 1969.

He spent a year teaching at an Adventist high school in Auburn, Washington before heading to Walla Walla College (now University) in 1961, where he served through 1966 as an associate dean and then dean of men. In 1966 he came to Loma Linda University to serve as dean of students. He later became associate dean of dentistry and then associate dean of the School of Medicine before being appointed vice president of academic administration in 1974.

After his retirement from Loma Linda in 1990, he visited alumni and did some fundraising for LLU.

Loma Linda University Health honored Woods and other former presidents during his final trip to campus during Homecoming in 2017.