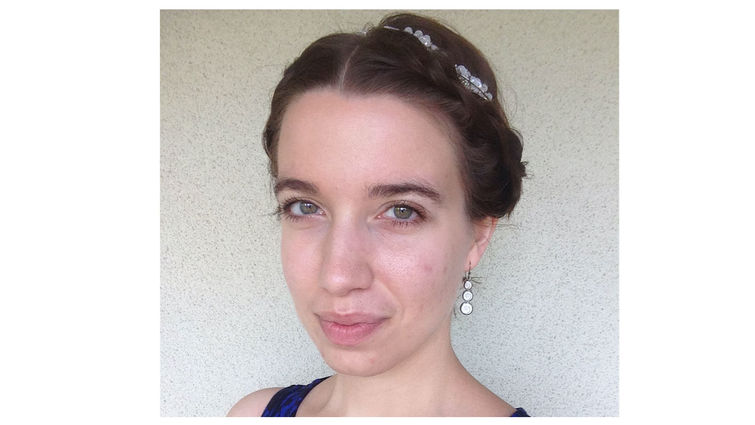 Serena Stevens, PhD, who last quarter earned a doctorate in clinical psychology, has produced an impressive body of research. On June 11, she received Loma Linda University’s President’s Award for the School of Behavioral Health.

Stevens earlier earned a master’s degree at Loma Linda University with her thesis: “The effects of weight status and childhood overweight on experience of weight stigmatization, body image, and depression.”

In January 2015, the faculty awarded her thesis the university’s “Excellence in Research” William James Award, which recognizes students based on the quality of their writing, data, and involvement in the project.

The American Psychological Association’s Stigma and Health peer-reviewed journal published a paper based on her thesis.

She has been active in Associate Professor Sylvia Herbozo’s Body Image and Eating Behaviors Lab. The lab conducts research on body image, eating disorders and obesity.

Stevens also co-authored a paper on diet, glycemic control and psychological factors associated with binge eating in native and non-native Chileans with type 2 diabetes. The International Journal of Behavioral Medicine published that work.

The journal Body Image accepted another of her co-authored works. In that paper she investigated ethnic differences in appearance-related issues. She is also an ad hoc reviewer for three peer-reviewed journals: the Journal of Health Psychology, Eating Behaviors, and Body Image.

Stevens earlier demonstrated strong writing ability at Union College in Lincoln, Nebraska, where she earned a bachelor’s degree in psychology.

There she claimed the prize for the upper division research writing section. Her article, “The Effects of Brand Name on Quality Perception and Preference,” demonstrated her skill at research and ability to present the findings in a paper.

She said at the time that “Writing is a skill that is necessary in every career. Whether someone is going into medicine, journalism, or psychology, there will be reports to fill, papers to write, and letters to mail.”