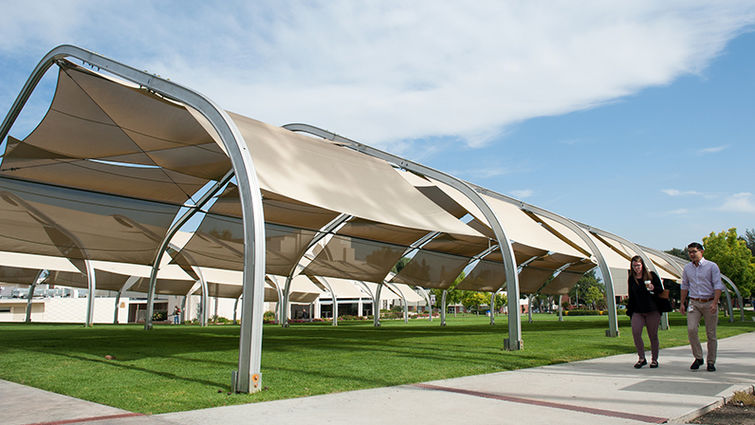 More than 1,400 students are scheduled to graduate from the eight schools of Loma Linda University on two upcoming Sundays: May 28 and June 11. In the meantime, teams of faculty and staff members are working to prepare for the celebratory weekends.

Ester Boloix-Chapman, university commencement coordinator, says graduation planning is a yearlong process. “I always say it takes a village to plan and carry out our commencement weekends,” she says, noting that the process requires hundreds of people and thousands of hours to prepare for the festivities.

Here is a breakdown of commencement plans by school:

This school graduates the largest number of students of any LLU school. This year, it will graduate 565 students in two separate commencement ceremonies at Drayson Center on Sunday, June 11, at 8 a.m. and at 10:30 a.m. Michael B. Kelly, II, MDiv, pastor of the Mt. Rubidoux Seventh-day Adventist Church in Riverside, California, will deliver the commencement addresses.

The school will graduate 107 students this year — 104 in person and three in absentia — in a joint ceremony with the School of Religion. Carlos Reza, who will receive a PsyD degree, is visually impaired. His dissertation is titled, “How a disabled student can complete a doctoral degree at a post-secondary university.” The ceremony will be held Sunday, June 11, at 3:30 p.m. in Drayson Center. The commencement address will be delivered by Daniel S. Sandy, PhD, MPH, president of the Sierra Leone Conference of Seventh-day Adventists.

The school will graduate 166 students this year — 164 in person and two in absentia — on Sunday, May 28, at 5 p.m. The ceremony will be held on the Campus Mall. The commencement address will be delivered by Jim Wood, DDS, who graduated from the school as a member of the class of 1986 and was elected to the California Assembly, 2nd District, in 2014.

The school will graduate 183 students on Sunday, May 28, at 8:30 a.m. on the Campus Mall. One of those students — whose name will not be revealed until the ceremony itself — will become the 11,000th graduate in the history of the school. The commencement address will be delivered by Amy C. Hayton, MD, MPH, assistant professor and clerkship director in the department of medicine at the school, and internal medicine clerkship director at Loma Linda VA Medical Center.

The school will graduate 244 students this year on Sunday, June 11, at 6 p.m. in Drayson Center. One of those students, Deanne Sparrow, will enter the MS program after receiving her BS degree at the service. She is the mother of six children, one of whom — her daughter, Hunter Sparrow — is also a student at the school. Patricia E. Benner, PhD, professor emerita at the University of California, San Francisco School of Nursing, will deliver the commencement address.

The school will graduate 82 students on Sunday, May 28, at 1:30 p.m. on the Campus Mall. This is the year for sisters at the school: twin sisters Da and Ko Kang, sisters My and Nha Nguyen, and sisters Adorina and Arbella Moshava, and sister Delia Kandela — whose sister, Reem Kandela, graduated from the school in 2014 — will graduate this year. Mary Ann Bukovinsky Kliethermes, PharmD, vice chair and professor of pharmacy practice at Chicago College of Pharmacy, will deliver the commencement address.

The School of Public Health will graduate 128 students on Sunday, June 11, at 1 p.m. in Drayson Center. This year marks the grand conclusion of the school’s first half century of service: 2017 is the 50th anniversary of its founding in 1967. Fred Hardinge, DrPH, associate director of health ministries for the General Conference of Seventh-day Adventists, will deliver the commencement address.

The school will graduate 15 students in a joint ceremony with the School of Behavioral Health. The ceremony will be held Sunday, June 11, at 3:30 p.m. in Drayson Center. Daniel S. Sandy, PhD, MPH, president of the Sierra Leone Conference of Seventh-day Adventists, and project manager for the ADRA Sierra Leone-USAID project, will deliver the commencement address.